The importance of sufficient sleep is generally accepted. We understand that sleep is restorative. It makes us feel sharp and prepared during the waking day. Although the importance of sleep is understood, sleep is often undervalued. I argue that we should start taking sleep more seriously. Getting adequate rest is linked to critically important decisions, some that can implicate fatal injury. Restful sleep facilitates the ability to sustain attention and to make careful, measured decisions. With inadequate rest, cognitive function is impaired. We don’t operate at the same level when we are sleep deprived compared to when we are well rested. Mistakes that are made while sleep deprived can have serious consequences. In the first part of this sleep series, I will outline a couple of serious consequences of poor sleep.

Insufficient sleep has been linked with motor accidents. 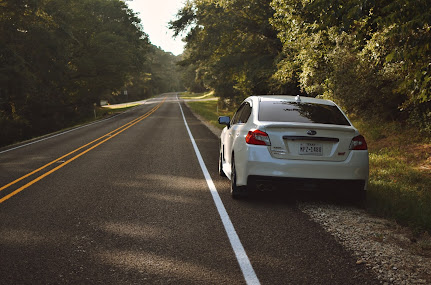 It’s tempting to still drive while feeling sleepy. I, myself, hate driving in Atlanta traffic. Absolutely despise it. But recently, instead of leaving for a five-hour drive to my hometown at 5 am to avoid traffic, I waited until 10 am. As I don’t get much time with my family, this was not a popular decision. It meant that I would have less time to spend with my mother than if I had left earlier. I wanted to be sure that I had at least 7 hours of sleep and time to pack before driving.

Without adequate rest during long road trips, there may be times when you feel the urge to nod off. You get a little tired, but you want to keep driving to avoid arriving late, to avoid wasting any time. Don’t do it! If you do find yourself beginning to nod off while at the wheel, it’s best to safely pull over and let someone else take over. If you are driving alone, you should rest and recover until you feel alert enough to drive.

Research shows that driving patterns while sleepy are strikingly similar to driving while intoxicated. People who are sleep deprived and intoxicated show a similar amount of line crossings (inadvertently swerving into other lanes). Unsurprisingly, 16% of all fatal motor vehicle accidents in the United States are linked to driver drowsiness¹  (see more on the neurocognitive consequences of driving while drowsy here²).

Sleep restriction may be linked to poorer decisions in law enforcement.

Racial discrimination is a serious, ongoing issue. Poor sleep may exacerbate racial bias, particularly in shooting behavior related to professions in law enforcement. For example, one study³ found that new officers who self-reported sleeping fewer than 5.25 hours showed greater racial bias in a computerized shooting task than those who slept for more than 8 hours. Specifically, they found that those who reported lower sleep values were more likely to have a reduced decision criteria (i.e., “itchy trigger finger”) for Black targets than White targets.

A recent study⁴ in college students used a similar computerized task to mimic law enforcement decisions that involved shooting computerized Black or White men (targets) who were either armed or unarmed. The instructions for the task were to quickly shoot the targets that were armed, but not the ones that were unarmed. The outcome measure for this task was the decision criteria, which is essentially a calculation of how often the college students decided to shoot targets (i.e., “itchy trigger finger”). They found that the shooting decision criteria was affected by sleep restriction. Those who were sleep restricted (average: < 7 hours of sleep) had reduced decision criteria for shooting as compared to those who were well-rested (average: > 7 hours sleep). Moreover, those who were well-rested had a more conservative approach for White targets (less likely to shoot), but not Black targets. The researchers concluded that the increased tendency to shoot while sleep restricted may involve greater emotional arousal or heightened threat perception (see more on emotional arousal and sleep). Regardless of the mechanisms underlying shooting behavior while sleep deprived, those who do not sleep well may be more likely to use deadly force in unwarranted situations.

Maintaining adequate sleep is important. Repeatedly restricting sleep to fewer than 7 hours can implicate serious consequences that may, at times, involve fatal injury. However, sleeping habits are modifiable. For most, sleep quality can be improved by following simple sleep behaviors like restricting the bed to only sleep and intimacy and optimizing the bedroom environment (see a quick list of tips hereand a comprehensive list here).Sleeping well can help you to operate at your best and thereby help avoid potentially fatal errors. I hope that we can agree that it is time to take sleep more seriously for our own health and for that of those around us.